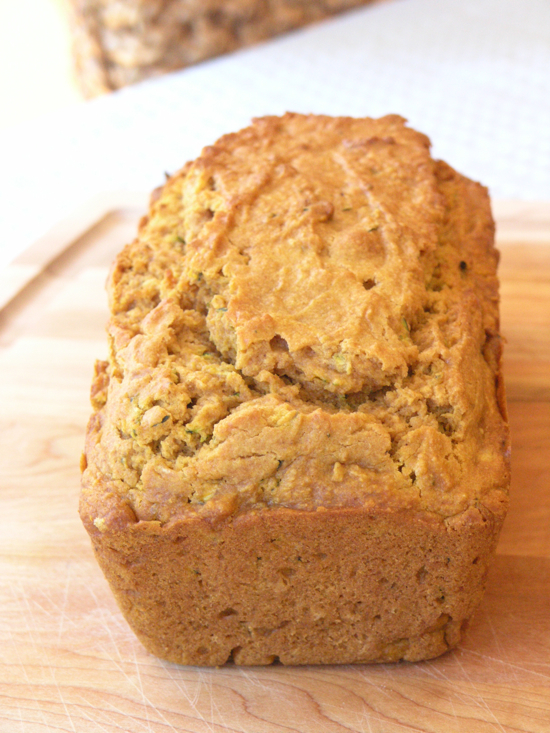 I am totally into this focaccia. This recipe has been tested and tested. Use fresh rosemary. Don’t hold back on the oil and salt and eat it while it’s still warm.

For the garlic-rosemary infused olive oil:

1. Heat 1/2 cup of olive oil, the rosemary sprigs and garlic cloves in a small saucepan over medium-low heat. Heat until just starting to bubble, remove from heat and allow to sit and cool for at least 30 minutes or longer.

1. Stir together 1 2/3 cups lukewarm water and yeast in bowl of mixer. Add 4 cups flour, 1/4 cup of the rosemary-garlic infused oil, and the table salt and beat with the paddle attachment at medium speed until a dough forms. Replace paddle with dough hook and knead dough at high speed until soft, smooth, and sticky, 3 to 4 minutes.

2. Turn dough out onto a lightly floured surface. Knead in 1 – 2 more tablespoons of flour for about a minute then transfer to an oiled bowl and turn to coat it with the oil. Let rise, covered with plastic wrap, at warm room temperature, until doubled in bulk, 1 to 1 1/2 hours.

4. Preheat oven to 500°F. Stir together rosemary and remaining 3 tablespoons oil. With a fork, make shallow pin pricks all over the dough, then brush with rosemary oil. Sprinkle sea salt over the focaccia. Bake at 500˚F for 5 minutes and then reduce to 475˚F for another 15 minutes or until golden brown.

5. Remove from oven and invert onto a rack and flip over. Eat immediately, if possible.

I originally wrote this blog post 10 years ago, but rediscovered it now that I’m staying  home to do my part to prevent the spread of the corona virus. Since we might face a time when it’s hard to get provisions from the grocery store, I wanted to remind myself that I have the capability to make my own bread, from staples that are plentiful in my pantry.

Ten years ago, I didn’t want to just to eat good bread, I wanted to make it. I didn’t have the patience to do the whole, “wait for it overnight” thing. I wanted to make bread that I could enjoy later that same day.

I found the kind of recipe I was looking for over at SteamyKitchen.com, but I adapted it to incorporate whole wheat flour (and also added a little honey). Jaden Hair, the author of the SteamyKitchen.com blog as well as The Steamy Kitchen Cookbook: 101 Asian Recipes Simple Enough for Tonight’s Dinner does a wonderful job explaining how to make bread in a day and as usual, includes beautiful photographs of the steps you need to take.

I’m pretty new to bread making, but I’ve been on a rampage lately, making bread, and more consistently, pizza dough.

This bread came out just the way I wanted it to. Crunchy on the outside, great texture on the inside and the nutty/sweet flavor of whole wheat and honey. I didn’t have a pizza stone, so I literally just used a half-sheet pan and it worked fine. Jaden includes advice/tricks for what to do if you don’t have a pizza stone either.

1. Set aside the bag of white flour to dust your surface with later. Place remaining white and whole wheat flour in the bowl of a stand-up mixer. With your spoon, swirl the yeast on one side of the bowl and then swirl the salt on the other side. Pour the warm water in a well in the middle of the flour. Using the mixer paddle, mix on low speed until the dough comes together in a mass, then switch to the dough hook. Mix on medium speed for 2 minutes. The dough should come together and clear the sides but some of it will continue to stick to the bottom. You may need to add additional water. If so, do so, one tablespoon at a time. After 2 minutes, let the dough rest for 5 minutes. After the dough has rested for 5 minutes, turn on the mixer again and knead with the dough hook for 3 minutes.

2. Take the dough out and place on a wooden cutting board dusted with the white flour. If the dough is still too sticky, you will incorporate a little more flour into while you knead it. If it doesn’t need additional flour, then just knead the dough by hand until it is very satiny, smooth, tight and formed into a nice, compact ball.

3. Place the dough in a large lightly oiled bowl (I use olive oil). Turn dough over to coat it on all sides. Cover with a damp, clean dish towel. and set in warm place for 1 1/2 hours. Dough should almost double in size during this rest time. About 1 hour into this stage, preheat the oven to 450F and place pizza stone (if you have one) into the oven to preheat it as well.

4. After the dough has risen for an hour and a half, punch it down and form it back into a ball. Cut the dough into half, placing one ball back in the bowl and covered with a towel. Pick up the dough you’re working with and stretch it out until it forms a big rectangle. On the wooden chopping block dusted with flour, fold over each end about an inch and then fold in the long sides until they touch each other. Press down on the middle seam, down the length of the dough get it all tucked in and then pinch then ends shut as well. You want to make sure there is a tight seal to allow the bread to rise and expand evenly while it is baking. Don’t overwork the dough during this stage. It just spent an hour and a half creating tiny bubbles inside and you don’t want to lose all of them at this point.

5. Turn the dough over so that the seam is on the bottom. Place it on a well-floured surface and cover it with a damp kitchen towel. Repeat the whole process with the other dough half. Let the loaves rest for 30 minutes. Then, take a sharp knife and cut several shallow, diagonal slashes on the surface of the loaf. The slashes allow steam to escape during baking so your bread doesn’t burst and crack and everything expands evenly.

6. When you are ready to transfer the dough loaves onto the pizza stone in the oven, get a 1/2 cup of water ready close by. Open the oven, put your bread in the oven and throw the water on the oven floor (literally toss the water out onto the bottom of the oven to create a big steam cloud). Immediately close the oven door to trap the steam inside. Bake for 20-25 minutes. Check temperature of the bread, like you would a steak. The internal temperature should be 190-210F. Remove and let cool slicing it.

A few weeks ago, I purchased whole wheat flour and oat bran at Trader Joe’s and since then, I’ve been remaking my favorite quick bread and muffin recipes to increase fiber and decrease fat. Zucchini Bread is my most recent target. Awhile ago, I posted the Zucchini Bread recipe handed down to me by my mother that I’ve been using since the early eighties. It’s great: sweet, moist, and flavorful. But it’s loaded with sugar and butter and calls for only bleached flour. If you’re in the mood for something a little healthier, try this version instead. It packs as much flavor but the pleasure comes without the guilt.

2. In a medium bowl, beat eggs until foamy. Add sugar, zucchini, oil, applesauce and vanilla. Mix lightly but well (with a spoon).

3. Add dry ingredients to egg mixture (in batches) until blended. Don’t over mix.

4. Bake for 45 minutes to 1 hour or until a toothpick inserted in the middle comes out clean. Let cool for 10 minutes before removing from pans.

We’re back, live, with another food-blogging marathon. This month, we’re streaming APPLES and we’re kicking it off with a scrumptious apple-orange-cranberry loaf. I say “we.” It’s just me – back from an exciting weekend at the Breeders’ Cup down at the Santa Anita race track near Los Angeles. Zenyatta, the filly, came from behind to beat all the boys yesterday. It was a thrill to be there for the historic event, surrounded by the stars of my favorite tv shows, no less. Somebody pinch me. It’s time to wake up and make the donuts. Or the quick bread as the case may be.

END_OF_DOCUMENT_TOKEN_TO_BE_REPLACED

I’ve been making this Zucchini Bread recipe my whole life. Although, it has been awhile . Zucchini was on sale for $0.49/lb the other day, so I knew that I was going to revisit this old favorite. I’ll never forget making this recipe in France in 1987. I was a 16 year-old student staying with a French family for the summer and I was eager to share my American culinary culture with them. I made Maryland Fried Chicken one day and another day, I made this zucchini bread. Their impression of it? Trop sucré. (Too sweet). I was baffled at the time, but my adult taste agrees and I’ve cut 1/2 cup of sugar from the original recipe. My French hosts also couldn’t understand why I wanted to spend time cooking for them, when I had an opportunity to experience French gastronomy for six weeks. Well, then as now, I guess I just couldn’t help it.

3. Add dry ingredients to egg mixture (in batches) until blended. Don’t over mix.