For a more flavorful and less bitter quinoa, I cooked it in chicken stock. It really enhanced the flavor. 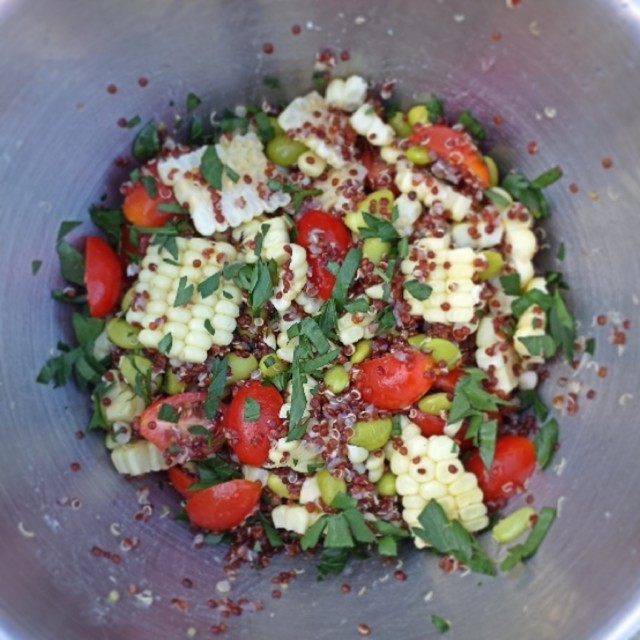