It’s National Chocolate Parfait Day, so I was inspired to run to the grocery store and whip up a parfait. My goal was to make some delicious and fast. So I opted for instant pudding today, but when I have more time, I’ll go for the home-made version. I did make my own whipped cream, because although most people don’t realize it, making real whipped cream is just about as fast as pulling the canned stuff out of the fridge.

I do have this great tool that enables me to whip with little effort and no noise. It’s a rotary egg beater and they have them on Amazon:

I used the rotary egg beater to whip up the instant pudding and during the 2 minutes that was chilling in the refrigerator I used it to whip up the whipped cream. Done and done.

Now for the layering. I love the flavors of chocolate and cherry together, so I used this lovely Black Cherry jam as one of the layers. It’s difficult to see in the photograph, but it’s lodged between the chocolate pudding and the whipped cream. It’s also available on Amazon if you can’t find it in your local grocery store: 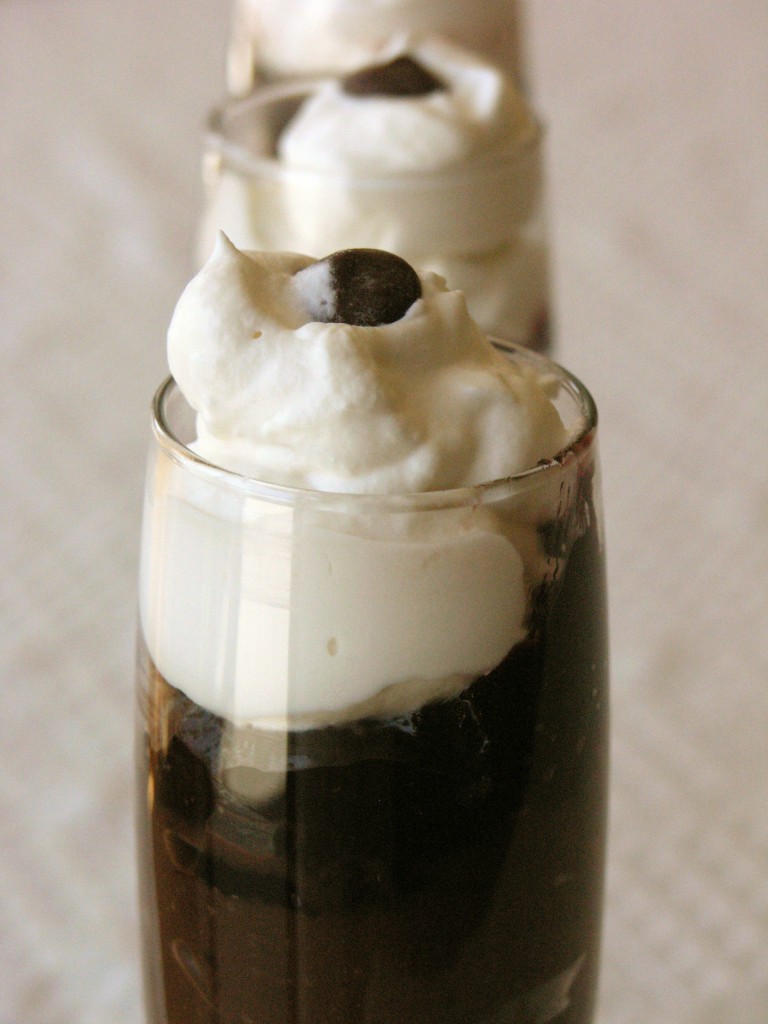